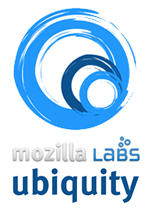 One of my friends is an architect. No,not a technology architect but a real one, the sort who builds buildings. During work most of her time is spent with Autocad. Outside work she spends most of her time sketching or drawing – either using Photoshop or on real paper.

Another friend ,a former colleague in Oracle, is a Chartered Accountant. In business software parlance, a ‘functional’ guy. After ten years of working on it he has complete mastery on Oracle Financials. He is both the worst nightmare and the most devoted fan of the Microsoft Excel development team. He uses his spreadsheet application for everything except err, maybe writing emails (and i am not really sure about that either).

Both of them are passionate about technology. But only as a tool – to help them in their work, as a way to express their creativity. Neither would know if a twitter feed hit them in the head. They don’t use and care about StumbleUpon, iGoogle, Cuil. Hell they don’t even use an RSS Reader.

Neither of them is going to use Ubiquity.

Most probably, not ever.

Ubiquity is really cool. I like it – in the sense that I can see what it can actually lead to. But unlike a lot of others, I sort of see it staying as a niche, fun tool which will never cross the so called chasm to mainstream acceptance.

Let me try to explain why.

Mashups by their very nature are buggy. So while the so-called technology passionates look at mashups and see all the possibilities, people whose primary passion is not technology find them to be slow and buggy stuff which are not worth the time to learn about and change their behaviour for.

The Command Line/GUI argument. Ubiquity seems to be a move back to the world of the command line. The people who are at the head of the technology adoption cycle will always have a bias for the command line and command liney-tools, because inherently they are more powerful, cleaner etc. But I am a command-line person who understands that most ‘end users’ don’t prefer the command line for their own very legitimate reasons. Using the command line requires learning. You have to remember commands and their syntax for one. And “Any feature that requires learning will only be adopted by a small fraction of users.” (Hat tip – JP). This is a very interesting, controversial and think-worthy topic which perhaps requires a think piece of its own.

The sort of security issues that Ubiquity can possibly cause is sort of shudder worthy. Just read Jeff Atwood’s great thoughts on this over time as to the security issues we face today. And just extrapolate it for a Ubiquity enabled browser.

Err, finally, What is ubiquity? Is it a natural language processor? or is it a mashup for web services. Or is it both?

Natural language processing is a very tough computer science problem which has been targeted for decades by lots of uber-smart people. It is a holy-grail of computing. Is the aim of the Ubiquity team to solve it? One of the screen shots seem to imply that.

Oddly the only way I can see Ubiquity becoming a game changer is if they really solve this very tough problem. But right now it is just a command line with its own, very rigid syntax. And as to whether they will build something which will pass the Turing test – if I were forced to bet either way, I would bet against them.

A man who explained the Atom for us had once warned against predicting, especially about the future. And I also know this sort of makes me seem like a bore who sits around finding faults with people trying to do cool stuff. But I find that sometimes there is too much back slapping with any shiny new thing in the tech world – and no reasoned critique. We really do need more Uncovs (but without the jerkish language and the rudeness).

Maybe I’m wrong and maybe I’ll be uttering my commands to Ubiquity five years down the line.

Hell, I’d be happy then.

But I just don’t see it happening.

A few hours ago, I received the following (chain) mail, send by a reputed kind hearted business man. The below chain email, first seen in 2001, is now picked up speed recently. Outrage in South […]

Google now introduced the Google SMS beta in Delhi, Mumbai, Bangalore and Hyderabad. Google SMS is already present in other countries but India is the first Asian country to have this service. Indian mobile users […]