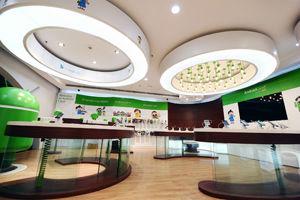 Spice Mobility has opened two exclusive stores dedicated to Android devices, one of them is in Noida at the Great India Palace Mall and the other store is in Koramangala, Bangalore. The stores are officially called as AndroidLand.

AndroidLand will sell Android devices from various manufacturers, including Samsung, Sony, HTC, Lenovo, XOLO, Micromax and Karbonn. The stores will have live demo units and free WiFi to check out a device thoroughly before buying. Accessories will also be sold at the stores.

[advt]Spice has also appointed Android ‘experience specialists’ in the stores, who will help consumers understand the Android devices better. There will Android robots in the stores to make them look different from the usual stores. Also the store features Google Play Zone, where you can download apps & games available for Android platform.

Free Video to Tablet PC Converter is a free tool which make easy to convert videos into a format (MP4, H264, AAC) and resolution which will play properly on a wide range of Android tablets. You’re able to choose multiple source videos, so that it can convert them all in one operation. […]