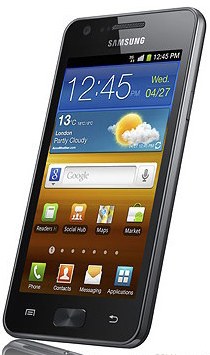 Samsung is all set to roll out Galaxy Z – a ‘lighter’ version of its popular iPhone rival Galaxy SII.

Samsung Galaxy Z will feature 5.0 Megapixel camera with Auto-Focus and LED flash and a second front-facing camera. The camera is capable of 720p video recording.

It will feature 8GB of internal memory which is expandable upto 32GB through the microSD slot.

Price and availability of this Android smartphone in India will be announced later. [source]

The Nokia N8 introduces a 12 megapixel camera sensor with Carl Zeiss optics and Xenon Flash. It offers the ability to make HD-quality videos and edit them with an intuitive built-in editing suite. The Nokia N8 features an HDMI Connection and also features premium-quality Dolby Digital Plus technology compatible with home theater systems. The Nokia N8 enables access to Web TV services and view live feeds from Facebook and Twitter in a single app. The Nokia N8 will be available in select markets during the third quarter of 2010, the estimated retail price of the Nokia N8 in India is approximately Indian Rupees 22,000. […]