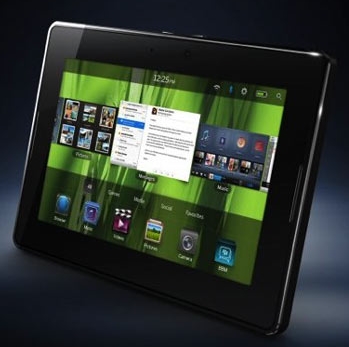 It includes dual HD cameras for video capture and video conferencing that can both record HD video at the same time, and an HDMI-out port for presenting one’s creations on external displays. It offers rich stereo sound and a great media player.

It also possible to pair your tablet and smartphone using a secure Bluetooth connection, and view any of the email, calendar, tasks, documents and other content on their smartphone in the larger tablet display.

RIM has given Indian security agencies the encryption keys to enable access to Blackberry messenger and public email, but not for corporate email services on BlackBerry Enterprise Servers. Security Agencies have been demanding access to BlackBerry messages for the last 3 years. […]

Microsoft CEO Steve Ballmer announced the launch of Windows Slate by 2010 Christmas season to counter Apple’s iPad. He announced this to the audience at the London School of Economics. “You’ll see new slates with Windows on them. You’ll see them this Christmas”, he told. The Slate tablets would come loaded with Windows Embedded Compact 7 – previously known as Windows Embedded CE/Windows CE. These Windows 7 based tablets will be a productivity device and a consumption device. […]