Gbridge is a free Gtalk Extension that lets you remotely control PCs, sync folders, share files, and chat securely and easily. The Gtalk extension automatically forms anencrypted VPN (Virtual Private Network) that connects your computer and your computer directly and securely. Gridge automatically forms a VPN (Virtual Private Network) among your PCs no matter where they are, regardless of whether they’re behind firewall or NATting routers. Gbridge 2.0 also supports Google Apps accounts, making it easy to create VPN within organizations that utilize Google Apps.

[advt]Gbridge requires you to provide your Google ID and password for authentication into Google network which could be a security concern for some people. Gbridge claims the Google ID/password will never be sent to Gbridge server, but only sent to Google Gtalk server in encrypted form. Gbridge suggests you to create a new Google ID/password that can be used exclusively for Gbridge if you have concern about it, but that new account would not have your existing Gtalk friends readily available.

GBridge has no limit,  no adware and is completely free. What you need is a Gmail account. This Gtalk extension also has Google Apps support and is been given the green signal or thumps up by some of the best in the business such as CNET, Google apps and slashdot among others. 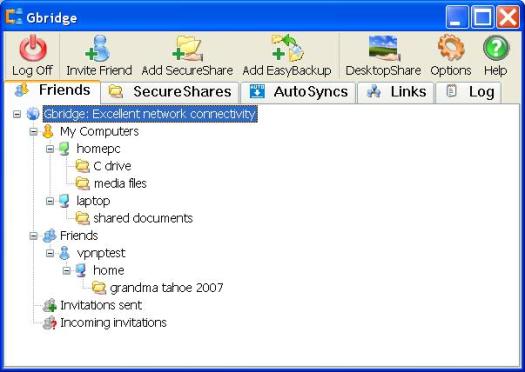 File Transfer with Orkut and iGoogle Friends from Chat Window

Google has enabled the functionality to share photos, documents, and other files while chatting with your friends and family in iGoogle and orkut. File transfer works directly in the browser without needing to install anything. You can share files directly from the web version to the desktop version as well. File transfer is available in orkut and iGoogle only for now. Google promises to bring this fucntionality to Gmail soon. […]