PearPC is an architecture-independent PowerPC platform emulator capable of running many PowerPC operating systems, including Mac OS X. It is released under the terms of the GNU General Public License (GPL). It can be executed on Microsoft Windows, Linux, FreeBSD and other systems based on POSIX(Portable Operating System Interface [for Unix])-X11( X Window System). The emulator features a just-in-time (JIT) processor emulation core which dynamically translates PPC code into x86 code, caching the results. Despite running only on x86 host architectures, the JIT emulation core runs at least 10 times as fast as the architecture-independent generic processor emulation core. 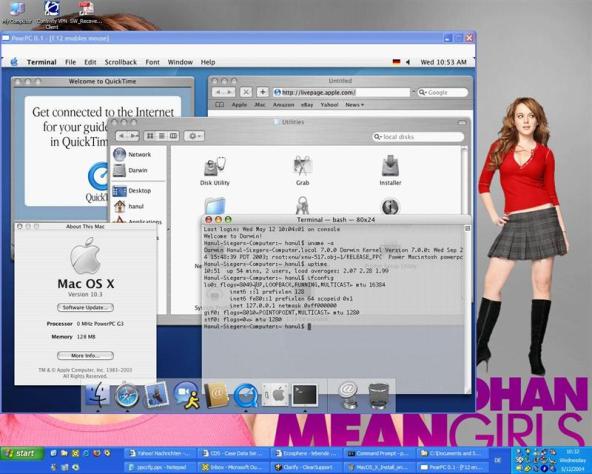 [advt] It advanced quickly in speed, stability and features. Individuals had also been working on builds with more features such as native CD-ROM support and even progress in emulating sound had begun Builds including AltiVec emulation to run applications that require a PowerPC G4 processor were also produced, although there were numerous problems with running Mac OS X Tiger using such builds which were not resolved. Support for graphics acceleration was also worked.

Defpix – Defective (dead) pixels tester is a free program that can help you with checking for defective pixels on your LCD screen. The program simply shows these colors – red, green, blue, white and black – over the whole surface of the screen. Defpix requires no installation. […]

TopologiLinux is a free Linux distribution to be run on or inside an existing Windows system. Its main feature is that it does not require any partitioning. It is based on Slackware and coLinux. It will run on your existing windows/dos partition in a directory named “/tlinux6”. […]

GOIM is a free software instant messaging client based on the Eclipse Rich Client Platform. It is cross plattform. It uses the XMPP protocol for communication with an extended presence packet to transmit information about games a user is currently playing. […]