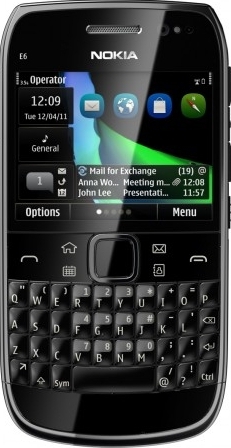 Nokia launched the Nokia E6, a compact QWERTY and touch device aimed at business and general users who need to get things done while they’re on the move.

The QWERTY and touch experience on the Nokia E6 offers faster navigation and operation than either a pure touch or keyboard-only system.

Experienced users can get much faster text-entry from a QWERTY keyboard than they ever will from a touch display. Users can launch apps and choose options through the touch screen is often quicker than navigating through options with the thumbpad. It’s the best of both worlds for busy emailers and status-updaters.

The screen is a bright 2.46-inch LCD capacitive touch display offering 16mn colours and a resolution of 640 by 480 pixels. It’s made of tough glass for great durability.

The device comes with 8GB of internal memory and support for MicroSD cards up to 32GB. The battery is a removable Nokia BP-4L 1500mAH – rated for up to a month on standby and 7h30m talk-time over 3G – longer over GSM connections. As you would expect, it offers Pentaband 2G/3G network support for world travellers and WiFi connectivity through 802.11 b/g/n. There’s also Bluetooth 3.0 with support for stereo headphones. 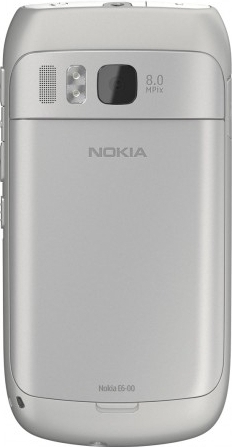 For the many existing Nokia E71 and E72 users, the Nokia E6 is the upgrade they’ve been waiting for. They now get a much higher resolution screen (four times the pixels), the latest Symbian operating system, Symbian Anna, improved support for Mail for Exchange, Microsoft Communicator Mobile, SharePoint and Office documents.  There’s much more memory, much better connectivity and an 8-megapixel camera. There’s also support for USB On-The-Go and AV-out for connecting to a television or headphones.

Now that you have a brand new Nokia C6 with you, you can personalise your prestigious C6 by changing the standby mode, main menu, tones, themes or font size. Most of the personalisation options, such […]

Nokia Lumia 710 is a lower-end, lower-cost Windows Phone that has less flash memory at 8GB and have new apps found only on Nokia-made Windows Phones with Nokia Drive, which will offer turn-by-turn voice navigation and uses maps provided by Navteq. […]