India had a long tradition in oceanic warfare. One of its earliest Kingdoms, the Cholas had a well chiseled Navy with profound skills which made them a fiery unit on the seas. Cholas conquered Srilanka and then Srivijaya (modern day Indonesia) only with the help of their Navy.

The Chola Empire and Flag 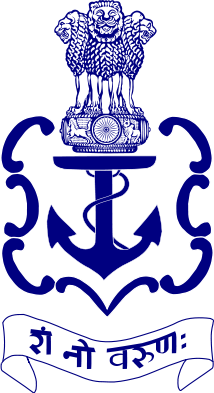 Now, modern day India all set to launch its first indigenous aircraft carrier vessel INS Vikrant II, on August 12 from the Kochi shipyard to make India the fifth nation after the US, Russia, Britain and France to achieve the capability. The aircraft carrier is expected to be inducted into the Indian Navy by 2018.

The 40,000 tonne indigenous aircraft carrier is one of India’s most prestigious warship projects and unprecedented in terms of size and complexity. It has been designed by Indian Navy’s design organization.

INS Vikrant II will have two take-off runways and a landing strip with three arrester wires capable of operating a STOBAR (Short Take Off But Arrested Recovery) like the INS Vikramaditya (Previously Admiral Gorshkov).

According to sources, the main fighters positioned aboard would be 12 Mikoyan MiG 29k fighters. Eight numbers of LCA Tejas, the naval variant of the Light Combat Aircraft made in India will also be positioned on the main deck. Ten Helicopters may accompany the fighters on deck.

Nearly 90% of the body work of the aircraft carrier, about 50 per cent of propulsion system and about 30 per cent of fighting capability of the warship are designed and made India. The ship will be equipped with a long range surface-to-air missiles system with multi-function radar and close-in weapons system (CIWS).

The major achievement for India has been the ability to fabricate weapons grade steel, which is a big plus for India.

“After our initial difficulty in procuring weapons grade steel, our own laboratories were able to crack the code. Steel Authority of India is now producing the requisite quality of steel,” said Admiral Robin Dhowan, Vice Chief of Naval Staff (VCNS), Indian Navy.