The Triruvanathapuram city corporation is planning to initiate attachment procedures against software giant Infosys after the company officials have refused to pay the tax dues for its two buildings near Akkulam, Thiruvanthapuram, there are reports. 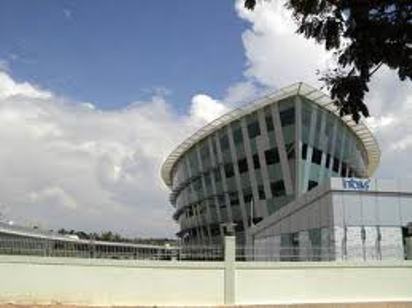 “Every time we demanded tax, they would cite the government order. They are yet to produce it and as far as we know, there has never been any such government order. We have already served two notices and we will surely proceed to attachment within a week unless Infosys clears the dues,”

Achuthanandan Promises 5000 IT Jobs in a Year!

After the first cabinet meeting of V S Achuthanandan ministry of Kerala last night, V S promised 5000 Information Technology jobs in Kerala within a year. Even I can make such an easy statements, because […]

Once, an assumption was that any leader was an industrial manager. He had to assemble a bunch of specialists, show them the ‘vision’, tell them what they have to do and then ‘manage them by objectives’.

Find the numbers. Show and use carrots and sticks on the ‘worker’.

Employee Costs of Infosys Technologies and TCS – a Comparison

The annual compensation of Infosys Chairman and Chief Mentor, NR Naryana Murthy, in FY06 was Rs 41.60 lakh while that of CEO, President and Managing Director, Nandan Nilekani, was Rs 41.17 lakh. Tata Consultancy Services […]