According to a study based on internet-enabled consumption patterns by individuals and governments, McKinsey finds that the internet contributes more to GDP than , and several other traditional sectors do in many countries.

Two billion people are now connected to the internet, and this number is growing by 200 million each year.

How internet contributes to growth:

Internet GDP Growth is shown below: 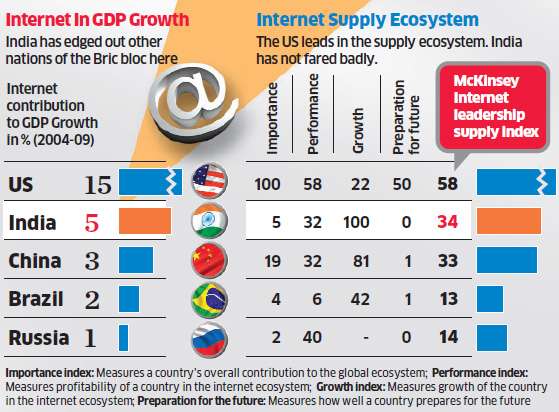 This is the full text of the talk “Role of Western values in contemporary Indian society” delivered at the Lal Bahadur Shastri Institute of Management on October 02, 2002 by N R Narayana Murthy. Today […]

The Dreamed Pink Slips Have Arrived in Bangalore

Excerpts from an article by Saritha Rai at silicon.com It looks like the global economic turmoil and the dramatic Wall Street meltdown is beginning to hit Bangalore. The collapse of top US financial firms will […]