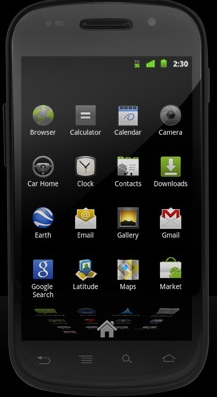 Google Nexus S smartphone designed by Google and manufactured by Samsung is launching in India by this February. It is the first smartphone to use the Android 2.3 “Gingerbread” operating system, and the first Android device to support NFC in both hardware and software. It runs on 1GHz Hummingbird processor and has 16GB of internal memory.

Nexus S is alreadyavailable in UK and US markets. Shopping website Flipkart has confirmed that the Nexus S will be available in their website for Indian customers very soon.

The sources said that the price of Nexus S in India would be Rs 24,000, plus taxes. Read More about Nexus S at teck.in

How to Search Posts, People and Spark in Google+ ?

Google+ allows you to search posts, people and spark inside Google+. Use the search box at the top of Google+ to search across Google+ and the Web. As you type your search query, you’ll instantly see auto-complete suggestions. […]

Google News Now in Malayalam Too

Google News has launched Google News in Malayalam, gathering the news from several Malayalam sources and automatically arranges these stories in different sections. Google News has added a separate section for the Gulf Region too. […]