It’s been many years since the synonym for search engine became Google, the internet giant. A misspelled word became one of the favorites among the internet users. Despite being number one for many years, Google had showed their responsibility towards the society which they represent.

All their prestigious products rolls out from their special wing, the Google labs. Project Loon is their third product; they have previously produced the Driver-less car and Google Glass from the X Labs. Project Loon aims to ensure broadband connectivity for the people who live in the most remote places of the world, where normal means of connectivity is near to impossible. 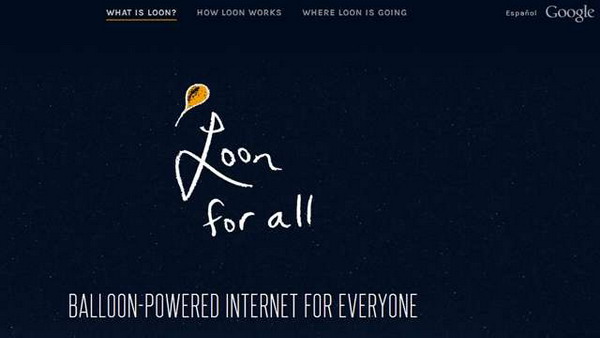 The pilot run was successfully performed at Tekapo area on South island, New Zealand on 16th of June, 2013. The technique is very simple, it uses a polythene balloon which may float in the stratosphere, which contains a small card sized solar panel for recharging and a transmitter for passing signals to the ground stations, will act as a transceiver.

The usage of such balloon will allow countries to stop implementing costly optical fibers in such remote areas inorder to provide connectivity. Google feels this will greatly increase the use of the Internet in developing countries that can’t afford to lay underground fiber cable, such as countries in Africa and Southeast Asia.

The stratosphere based balloons will fly in accordance with the wind. The stratospheric winds are steady and has variable speeds from 5 to 20 mph. By using an algorithm to determine the magnitude and direction of the wind, these balloons will select the perfect path for safe flight and will fly to the desired location.

The receiver stations are spaced about 100 km apart and bounce the signal to other relay balloons that send the signal back down until the whole world is covered with the Internet signal. This will make the Internet available to anyone who has the receiver.

The first person to connect to the “Google Balloon Internet” after the initial test balloons were launched into the stratosphere was a farmer in the town of Leeston, New Zealand.

The high-altitude balloons fly twice as high as airplanes, but below the range of satellites.Each balloon sends out a signal that covers over 700 square miles. Because of such high altitudes, the terrain is not an issue.

The balloons are made of polythene about 0.076 mm thick, and stand 15 m across and 12 m tall when fully inflated.A small box containing the balloon’s electronic equipment hangs under the inflated balloon. This contains circuit boards which control the system, antennas to communicate with other balloons and with Internet antennae on the ground, and battery to store solar power so the balloons can operate during the night.

Each balloon’s electronics are powered by an array of solar panels. In full sunlight, these panels produce 100 watts of power, sufficient to keep the unit running while also charging a battery for use at night. A parachute attached to the top of the balloon allows for a controlled descent and landing, when it is ready to be taken out of service.

The special ground stations are able to connect to the balloon-powered Internet when the balloons are in a 20 km radius.

Web fonts allow web designers to use fonts that are not installed on the viewer’s computer. Designers can point to a font location on the Internet. Google Web Fonts directory has huge list of such web fonts, which are available for use on your website under open source license. […]

Google released its first ‘Brand Zeitgeist’, highlighting the most searched brands and the activities related to the brands on Google search in India. Nokia emerged as the most searched online brand followed by SBI, Samsung, Sony and BSNL respectively. […]

How To: Gmail Search with Advanced Search Operators