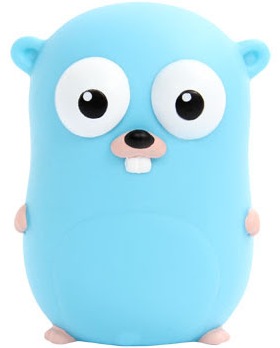 Google announced the first stable release of it’s Go open source programming language. The Go version 1, or Go 1 for short, defines a language and a set of core libraries to provide a stable foundation for creating reliable products, projects, and publications. The Go 1 release is available in supported binary distributions for Linux, FreeBSD, Mac OS X and Windows. Go promises the programs to continue to compile and run without any change, in many environments, on a time scale of years.

The Go programming language was announced in November 2009. Google along with the open source community have made thousands of contributions to the code, tests, and documentation.

Go 1 is now made the standard Go run-time on Google App Engine (GAE). The App Engine is a platform as a service cloud computing platform for developing and hosting scalable web applications in Google-managed data centers.

Check out the Tour of Go. Subscribe to Go Blog for latest updates.

Google has acquired a new set of patents for their innovative attempt to implement a Pay per Gaze mechanism for charging advertisers. The ads in the future may be based on this ‘Gaze Tracking System’ that captures eye movements of the user to find the ad the user is looking at and charge advertisers accordingly. […]

Google India launched free voice-based internet search facility on mobiles, built entirely by the Google’s India engineering team. Th is feature is currently available for 400,000 Blackberry cellphone users only. This search service is currently available only in English. To use the voice-based mobile search, a user log on to the internet on the handset, open Google search page, and “ask” for a particular location, like pizza joint, taxi stand or florist while driving a vehicle. […]

Google had recently announced the Nexus One super phone. Nexus One costs $529 in the US. Even though Google has not officially launched Nexus One in India, you can still order them from 20north.com. Its Sale Price in the website is Rs 29,767, customs duty is Rs 1488 and standard shipping charge is Rs 1986. So, the total price is 33241 Indian Rupees (Approx 675 USD), expected to be shipped in 21-30 days. […]