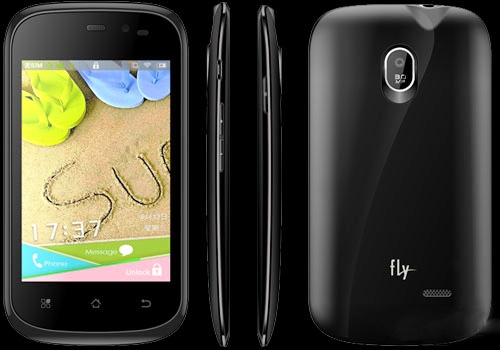 Fly F 351 is the new budget Android phone released by Fly mobiles in India. The mobile phone comes at a price of Rs 4,599 per piece.

Even though the operating system of this phone is Android 2.3 Ginger Bread, it has a 1GHz processor and 256 MB RAM to cater its needs. The internal storage is just 512 MB, but it is expandable up to 32 GB by using microSD card.

The phone has a 3.5 ” HVGA display with 320×480 pixels resolution. It has twin cameras, a 3 MP sensor camera in the rear and a VGA camera in the front. It comes with a 1200 mAh battery, which, according to the company’s claims, may deliver a talk time of 10 hours.

The dual SIM phone has EDGE, Bluetooth and Wifi in its connectivity package, and it contains Proximity sensor and Gravity sensor as additional applications.