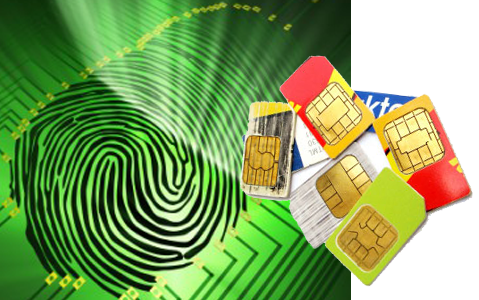 Indian Home Ministry has asked the Department of Telecom [DoT] to rethink about its guidelines for obtaining a SIM card, irrespective of operators. Since the country is facing rigorous threats from militants and anti national elements,  the Home Ministry thinks that its high time to change its security rules and regulations.

Police had found that in the November 2011 attacks, terrorists used Indian SIM cards illegally occupied with the help of locals. On the light of this incident, this issue was discussed in the CM’s meet. The modification of rules may come into effect sooner.

The biometric data will be stored in a database maintained by DoT, which will be linked with Aadhaar and NATGRID, the National Intelligence Grid. During 2012, physical verification for getting a new connection was made mandatory by the DoT.

” The department will discuss the matter with all stakeholders, including telecom service providers for devising an alternative system. The existing methods like physical verification is not happening in all cases due to sheer competition among retailers to sell as many SIM cards as possible” , said an Official.  “The issue was discussed even during the chief ministers’ conference on internal security here last month when it was pointed out that how SIM cards were being procured by terrorists\criminals on the basis of forged documents in absence of retailers’ and distributors’ failure to adhere to the mandatory norms of physical verification,” he added.

Recently a retailer was caught red handed by the police for selling 490 SIM cards for the “persons who do not exist”. Such issues made the police as well as the ministry to rethink about modifying existing rules.