Windows 8 Consumer Preview Setup is a prerelease version of Windows 8 that focuses on people and apps and gives you powerful new ways to use social technologies to connect with the people who are important to you. It’s Windows reimagined. Windows 8 Consumer Preview is built on the rock-solid foundation of Windows 7 and has the security and reliability features you expect from Windows, but made it even better. It’s fast, and it’s made to work on a variety of form factors—especially the new generation of touch devices.

In a worst case situation, you could find yourself left with a PC which won’t launch properly, forcing you to reinstall everything all over again. This isn’t likely, but it’s possible, so only use the Setup tool on “spare” systems or PCs which are fully backed up.

Consumer Preview is relatively stable, and ought to work on any hardware capable of running Windows 7. And the Setup tool makes this all very straightforward. It will first check your system for hardware and software issues which might complicate the installation, reporting on anything it finds.

[advt]After obtaining a product key it’ll then download Windows 8 Consumer Preview. This may take a while – it’s around 1.5GB of data – but you can pause and resume the download as many times as you need. Once the Setup tool has the core downloads, it’ll expand them into the Windows 8 Setup files, before offering you three options: Install (on the current partition), Install to a different partition, or Install later. 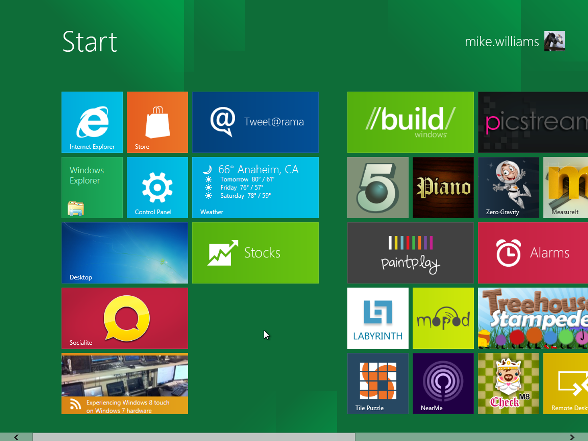 Qualcomm announced its new open Brew Mobile Platform (Brew MP) mobile operating system that delivers high-end features across all 3G technologies. It is as a native and fully realized mobile OS. Brew MP’s flexibility, openness and operator focus, combined with its ability to be integrated with virtually any mobile content delivery system, make it the best choice for mass-market devices. Qualcomm anticipates commercial Brew MP-based devices to be available in the U.S. and key international markets by the late summer of 2010. In a separate announcement, AT&T said it will launch Brew MP-based devices later this year. […]

eyeOS is a new kind of Operating System, where everything resides on a web browser. It is an Open Source Web Platform designed to hold a wide variety of Web Applications over it. With eyeOS, […]

CPU-Z gathers and displays information on some of the main components of the machine, including CPU, motherboard, memory and operating system.Name and number. Core stepping and process, Package, Core voltage, Internal and external clocks, clock multiplier […]