Prasar Bharati, which owns India’s first television channel Doordarshan and the national radio channel All India Radio [commonly known as Prasar Bharati] has now turned to be the latest to express its interest in Mobile Apps market. Since they [DD & AIR] has a good number of followers in the social media, the move won’t be much despairing. 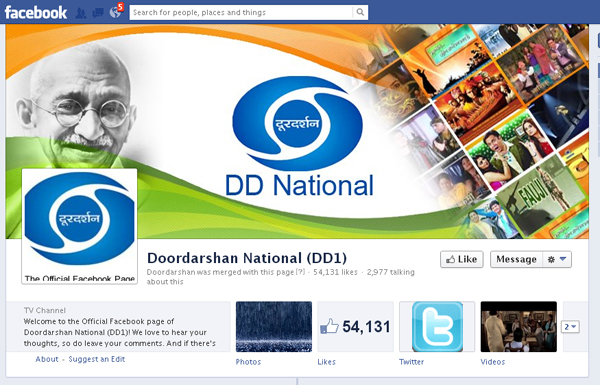 DD’s official Facebook page has around 50K+ likes in Facebook whereas AIR (Akasavani) has more than 20K+ likes. But in the micro-blogging site twitter, AIR is far ahead of DD, where AIR maintains a 20K+ followers, DD has been able to make around 4K + followers only. Aside these statistics, the two are really active in both sites with regular updates of programs being aired.

Since the social media had transformed to Mobile/Tablet friendly, Prasar Bharati felt its the right time to evolve themselves. According to a source, DD and AIR mobile apps will deliver news, entertainment stuff and archived content.

Since DD News Youtube channel has an average daily view of 700 and 33 K + followers in Twitter, there are reports that the mobile news app will be of maximum importance. Prasar Bharati hopes this move will make them more popular among the people who doesn’t have a TV or Internet connection.

Prasar Bharati is aiming to collect Rs. 200 crore revenue from Ads and Digital media may contribute around 25-30 % of it. Whether this move will help them or not is a matter of time and we will see that in a short period.

Facebook is developing a new text-only application called “Facebook Zero”. The new product was discussed at the Mobile World Congress in Barcelona. With Facebook Zero, Facebook will be available on the mobile web to everyone, anywhere. Zero is a light-weight version of m.facebook.com that omits data intensive applications like Photos. […]

Private SMS and call Android app which shows Anti SMS Spam on your phone. You should setup dial number to open the Private Box and hide “Private Box” button so that your mate does not aware of your secret box. The app prevent unwanted message from any sender. Turn it on and stay […]

Traveling with Southwest Airlines is now more convenient for Employees with the new SWALife Android Mobile app. This app, which is password protected, allows SWA Employees to make non-revenue listings for flights, provides Company news and information, has operational updates […]