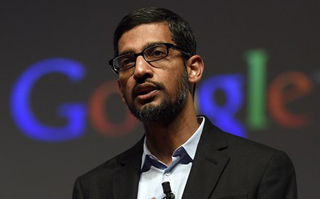 Sundar Pichai, Senior Vice President at Google has announced in Mobile World Congress (MWC) that the company is working on its own mobile payments system named ‘Android Pay’. It will be very much like the Apple Pay and the recently announced Samsung Pay.

Android Pay mobile payment platform will enable developers to build payments into their apps. It will be an OS-level service. The platform will make it easy for retailers and app makers to allow consumers to purchase things using an Android device.

Android Pay will be NFC (Near Field Communications) enabled, thus users can make payments at stores using their mobile phones. NFC technology enables mobile devices to establish radio communication with each other by close proximity or touching them together.

Android Pay is said to be a programming interface (API) over Android, and it will enable other companies to develop apps or enable payments in their stores. It is reported that Android Pay could accommodate biometric sensors as well.

Currently payments possible on Android’s Google Play Store via Google Wallet service, and it is expected to continue even after the launch of Android Pay. Android Pay will not exist as a separate app like Wallet; Wallet will use the Android Pay platform.

You can now pay your Tata DoCoMo mobile bills by simply sending an SMS using an ItzCash card. Tata DoCoMo has entered into an agreement with ItzCash Card to have the mobile bill payments for the Tata DoCoMo consumers. To make the mobile payment, Tata DoCoMo customers just need to SMS the keyword PAYBILL, the amount, ItzCash account number and password and send it to 121. […]

Amazon launched “Amazon Mobile Payments Service (Amazon MPS)”, which enables existing Amazon customers to use the payment and shipping information in their Amazon.com accounts to make purchases from their mobile devices. Customers will experience easy purchasing with Amazon’s 1-Click checkout on their mobile phones. Amazon MPS can be used within a native mobile application or on a mobile website. Amazon MPS enables you to get a payment authorization from your customer while on a mobile website or within a mobile application, make one-time payments, enable easy 1-Click purchases, refund completed payments, and cancel transactions. […]

Ticketvala.com has announced the launch of mTicket, the Mobile Bus Ticket solution to its bus ticket booking platform. Customers now can pay and receive bus tickets on their mobile phones too. This paperless technology solution […]