Facebook has announced Facebook for Every Phone , that works on less sophisticated mobile phones (feature phones). This app will “offer a fast and comprehensive Facebook experience” despite feature phones offering significantly less processing power than smartphones. This app for any Java enabled phone that allows access to most of Facebook’s features to phones without a way to install native apps.

The app will be servicing some 2,500 models of phones that have not previously had access to an official app for Facebook. This app includes basic functionality like the news feed and photos, as well as access to users’ inbox. It also enables users to upload photos and find friends from phone’s contacts.

The app gives users worldwide access to Facebook’s News Feed, Inbox and Photo apps, as well as uploading tools and contact management. With one easy download of this app, get all of what Facebook has to offer on your mobile device so you can stay connected with your family and friends wherever you are.

[advt]Facebook for Every Phone app has been specially designed to use less data than a typical Java or native app in order to keep it affordable in countries where data is typically expensive. Facebook is offering free data access to the app for 90 days in many countries around the world. 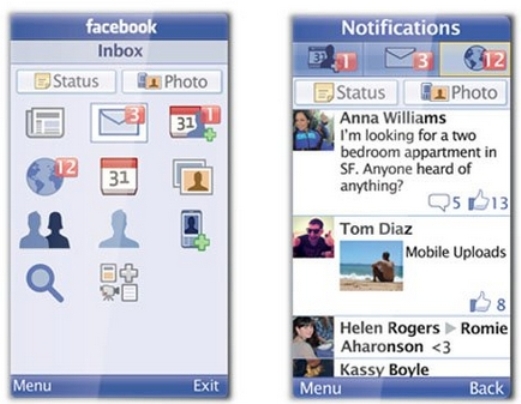 Memoto Lifelogging Camera is a tiny & wearable automatic camera with GPS which takes two geotagged photos a minute with recorded orientation. The integrated Memoto App organizes the pictures for the user. The camera constantly takes pictures as long as the user wears it. […]

How does texting work with Facebook messages? Once you activate text messaging for Facebook, the texts you exchange with friends are incorporated into your conversations along with your message and chat history. This allows you […]