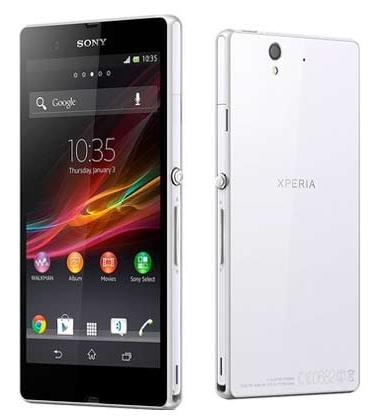 Sony launched its flagship device, the Sony Xperia Z in India, priced is expected to be around Rs 38,990.

Sony Xperia Z has a 1.5 GHz Snapdragon S4 Pro quad-core processor, 2GB RAM, and runs Android 4.1 aka Jelly Bean. The rear camera is 13.1 megapixel and the front-facing camera is 2.2 megapixel.

It has a 5-inch full HD screen with screen resolution of 1920 x 1080. Xperia Z has up to 16GB of memory space, and is expanable to 32GB via a microSD card slot. This water and dust-resistant device supports 4G/LTE and Near field communications (NFC).

The Xperia Z has the Battery Stamina Mode to improve the standby time by four times or more by automatically shutting down battery-draining apps whenever the screen is off and starting them up again when the screen is back on.

Sony Xperia U is a smartphone which is powered by 1.6 GHz dual core processor and that runs on Android 2.3 (Gingerbread). It has 3.5″ inch scratch-resistant TFT touch screen display with resolution of 854×480. Its talking time up to 6 hours 36 minutes and stand by time up to 472 hours. […]