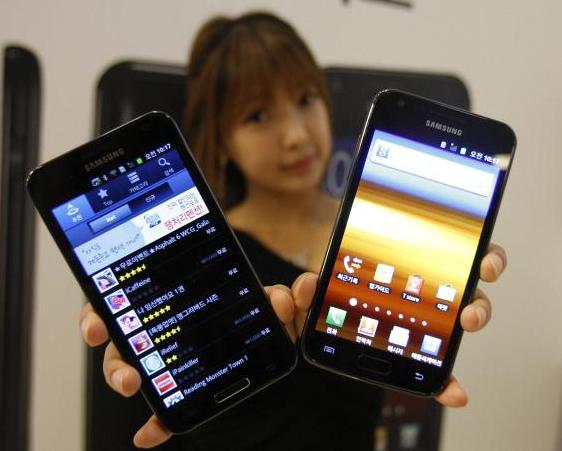 Galaxy S2 LTE is equipped with an Android 2.3 (Gingerbread), or the latest version of the Android platform, a 4.5-inch wide Super AMOLED display and a 1.5 gigahertz dual core processor, while the Galaxy S2 HD LTE is featuring a 4.65-inch high-definition (HD) AMOLED display with 110 per cent natural colour reproduction and 180-degree viewing angle.

Global sales of the Galaxy S2 smartphones reached more than 10 million units since its debut in April, according Samsung.

J S Sarma, Chairman of the Telecom Regulatory Authory of India (TRAI) said that, TRAI has started consultation for the 4G (fourth generation) telecom services. TRAI would look into the various aspects, including spectrum band to be allotted for 4G service and quantum and modes of allotment to the operators. TRAI will soon issue a consultation paper that would throw various questions for the industry and other stake holders to deliberate culminating into recommendations by the TRAI. […]

HTC EVO 4G, claimed to be world’s first 3G/4G (WiMAX enabled) Android handset, featuring the Android 2.1 platform running on 1GHz Qualcomm Snapdragon processor. The important features are 8.0 MP camera, HD video capture, HDMI output, Mobile Hotspot capability and HTC Sense. Sprint 4G claims to offer a faster wireless experience than any other U.S. national wireless carrier. The HTC EVO 4G is available only in the US market because of the limited availability of WiMAX network in other parts of the world. The EVO 4G is priced at USD 199 along with a Sprint’s 2-year contract. […]

Indian telecom service provider Bharti Airtel had announced that it will start 4G services in Mumbai and Delhi sooner. Airtel bought the rights from Qualcomm, who previously owned the right to offer high speed broadband connectivity in these Metros. At present, Airtel offers 4G connectivity in Kolkata, Bengaluru, Pune and Chandigarh via 4G dongles. Reliance Jio will also launch 4G service in India by the end of 2013. […]