According to TRAI’s Telecom Subscription Data report (PDF) for the month ending May 2011, the Total Telephone Subscribers in India reached 874.68 Million, there by making the overall Tele-density in India 73.11 at the end of May, 2011. 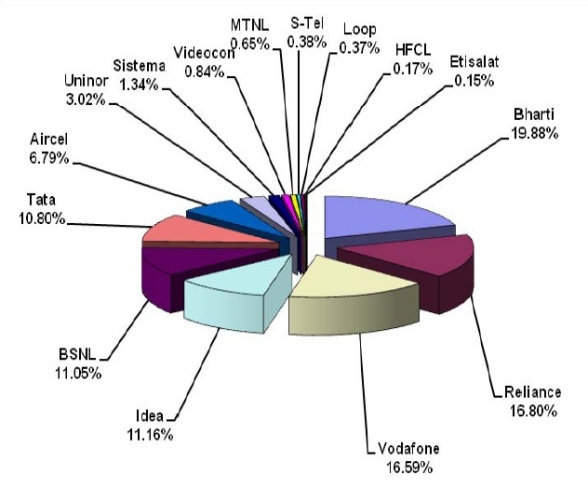 As per the data reported by the service providers, by the end of May 2011 about 105.70 lakh subscribers have submitted their requests to different service providers for porting their mobile number.

The overall wireline Tele-density in India declines to 2.88 with urban and rural teledensity being 7.19 and 1.02 respectively. BSNL and MTNL, two PSU operators hold 82.29% of the Wireline market share.

The National Customer Preference Register (NCPR) from TRAI is a new move towards more effective blocking and selection of telemarketing calls according to customers’ preference. With the new system, you can block entirely or select telemarketing calls from any of the seven categories, through the toll free number 1909. […]

Infosys and Caste Reservation in India

While reading news on the OBC Reservation Issue in higher education systems, I am just thinking aloud, what could be the impact if the reservation is applied in Information Technology jobs too? How will the […]

Despite various measures taken by TRAI for curbing Unsolicited Commercial Communications, dissatisfaction among consumers continues. Although such calls had decreased to some extent, the number of unsolicited SMS had increased significantly causing inconvenience to customers. […]