Nokia India has launched Nokia Lumia 610 in India. This Nokia phone has a 3.7-inch capacitive touchscreen and a 5 megapixel auto focus camera with LED flash. The Nokia Lumia 610 runs on Windows Phone 7.5 operating system. Users can use the phone as a WiFi Hotspot for up to 5 WiFi-enabled devices. It includes  FM Radio, 1300mAh battery, 800MHz processor along with 256MB of RAM and 8GB of internal storage.

The device will also come preloaded with Nokia Camera, extras which provides features like Smart Group Shot, Action Shot, Panorama Shot and Self Timer. The device will be available in four colors – Cyan, Magenta, White and Black. Its weight is 131.5gm and the phone is priced at Rs 12,999. Lumia 610 also comes with several new features like Nokia Music with Mix Radio, Creative Studio. 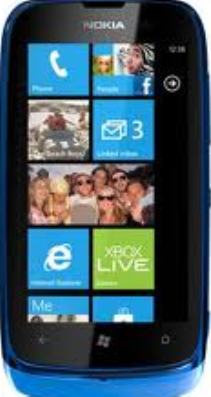 Nokia Asha 202 is a dual SIM touch and type phone that has 2.4″ inch resistive touch screen display with resolution of 320×240. This phone has 2MP main camera and a battery capacity of 1020mAh. Its talking time up to 5hrs and stand by time up to 400hrs. It has 10mb internal memory […]