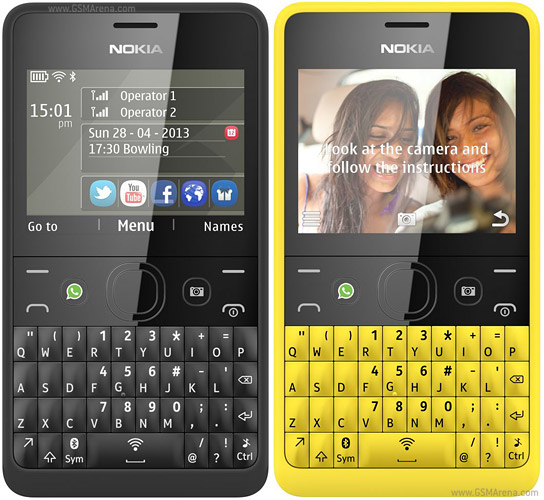 Nokia has added yet another phone to its budget phone line up, the Asha series. The phone is named as Nokia Asha 210.  The preorder of the phone, which is priced at Rs. 4,499 has started already.

The phone homes for some entertainment packages such as dedicated Facebook button. The operating platform is Series 40 aka S40.

The phone has a 1200 mAh battery, which will give a talk time of 12 hours, boasts the company.

There’s a USB 2.0 output port in the phone, along with 3.5 mm audio jack. It also contains a card slot for microSD, for the expandable memory [up to 32 GB].

fring is the groundbreaking mobile communication service that gives users internet-rich communication from their mobile phones. fring members make FREE video calls, voice calls, live chat to other fringsters and to friends on other social networks. Share the fun of a live,free video calls. […]

Nokia launched Nokia 301 dual SIM 3G phone in India. The phone runs on S40 SW platform and has an expandable memory slot [upto 32 GB]. The main attraction is that it carries a 3.2MP sensor camera and all these comes for a price at Rs. 5,140. […]