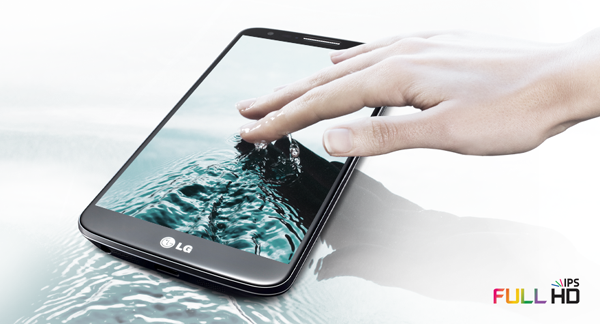 [advt]Another feature is Audio Zooming which lets a user to listen to a specific audio source by zooming onto the subject while recording video. This unique feature uses three stereo mikes, which amplify sound from the specified angle and minimize the surrounding noise.

‘KnockON‘ feature helps users to wake their phone’s display by a simple knocking gesture so that users can stop pressing the power key to turn on the display. The Plug & Pop feature helps the users to to listen to music by simply plugging in their headphones. The feature also allows users to sync files by plugging in to a USB cable.

Dual Recording/Dual Camera lets users to activate the front and rear cameras simultaneously, so that they can record themselves and their subject at the same time. This feature works with both camera and video modes, using picture-in picture technology to put their face in any photo or video they shoot.

Tracking Zoom lets users focus and highlight a particular subject, while keeping the rest of the scene in view. Zoom to Track feature zooms in and tracks a selected subject throughout the clip.

LG Fathom is an ultimate on-the-go office with Windows Phone power. LG Fathom is a 1GHz Windows Mobile 6.5 powered handset with a 3.2MP autofocus camera, QWERTY keypad, 3G, WiFi, Bluetooth, supports upto 16GB and a 3.2″ screen. It is priced at USD 500 ( Approx 23,000 Indian Rupees) without a contract from Verizon. Launch date for India is not known now. […]

KS660 is a Tri-Band 3.0″ Full Touch Screen Phone with Handwriting Recognition. It supports Dual SIM with Call Transition using Touch UI. 5 MP Camera with Image Editing, Video Recorder, MP3 Player and FM Radio are the Multimedia Features. Wireless Connectivity Include JAVA, GPRS, EDGE, USB and Bluetooth. External Memory can be expanded upto 4 GB with microSD Support. Motion Sensor Game and Auto Rotating Display along with Internet Full Browsing are the other features of this phone. Retail Price in Chhattisgarh is Rs.15990/- and Rs.14990/- for the rest of India. […]