Joli OS allows you to press into service an old computer with the sole purpose of using it to access your Jolicloud desktop, with the added bonus that you can also access files stored on your hard drive as well as in the cloud. You may never need to buy a new computer again.

[advt]There’s a standalone ISO file (choose the Linux option above) that you can download, burn to disc and then use to install Joli OS on a computer with no operating system. It installs Joli OS into its own folder on your boot drive, and then adds an option to boot into Joli OS to the Windows boot menu.

Joli OS is based on Linux, so there are plenty of desktop apps OpenOffice, VLC Media Player and so on, available in addition to the web-based content. These download and silently install in the background using its simple user interface. Loading times are quicker than those for a typical Windows system, but it’s not quite as fast as it’d like. 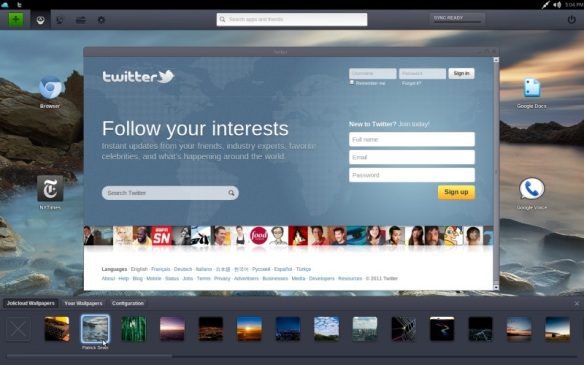 Google Chrome Operating System, the new OS announced by Google, is expected to redefine the concept of what operating systems should be. The free open source operating system will initially be aimed at the small, lightweight devices known as netbooks. The Google Chrome OS is scheduled to be released next year, and the netbooks running Google Chrome OS will be available for consumers in the second half of 2010. […]

First of all, let me tell you that I am not an expert Linux user. I am writing here my trial and error experience with Ubuntu installation, dual booting, boot menu updating, etc., hoping to […]

Puppy Linux is a lightweight Linux distribution that focuses on ease of use. It is completely free and open source. The entire system can be run from RAM, allowing the boot medium to be removed after the operating system has started. It allows live booting from portable medias. […]