MP3Gain is free cross-platform audio normalizer software. It analyzes the MP3 and losslessly changes the volume. The volume can be adjusted for single files or as album where all files would have the same perceived volume. It is an implementation of Replay Gain.

MP3Gain analyzes and adjusts mp3 files so that they have the same volume. The program does not just do peak normalization, as many normalizers do, but instead attempts statistical analysis to determine how loud the file actually sounds to the human ear. The changes MP3Gain makes are completely loss less, there is no quality lost in the change because the program adjusts the mp3 file directly without decoding and re-encoding. 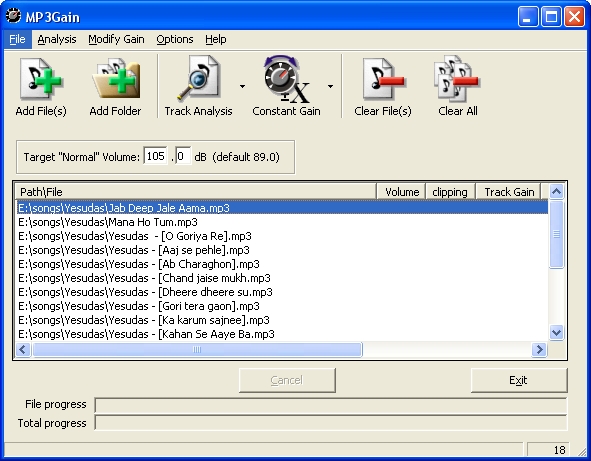 In both cases, it first computes the desired gain , either per track or per album, using the Replay Gain algorithm.

In the first instance, it simply writes this as a tag (in APEv2, or ID3v2 format), which can be read by other applications that implement Replay Gain.

In the second instance, it modifies the overall volume (scale factor) in each MP3 frame, and writes undo information as a tag. Note that this is completely reversible. By subtracting the modification that was done and removing the tag, it does not introduce any digital generation loss because it does not decode and re-encode the file.

KeepNote is free note taking software. It allows you to take notes on multiple systems so that you can keep your notes together. No matter what type of system you have, you can use this program to organize and keep all of your notes in one place. […]

IObit Unlocker offers a app to manually select your file, or right-click the afflicted app and choose IObit Unlocker to launch it with your troublesome file selected. More files can also be added, either by clicking Add and browsing for them or by dragging them into the open window […]

Streamripper is a stand-alone client or Winamp plugin that records Internet radio streams in the MP3 or Vorbis formats. It has an ability to override existing files in the save folder. it can be compiled on many platforms, including Linux, Windows and FreeBSD. […]