HTC launched its latest Android device HTC Desire 600C in India, priced at Rs. 29,089. The device is powered by a Quad Core Processor from Qualcomm under is flagship Snapdragon series, which can clock at 1.2 GHz. The device runs on Android with HTC Sense. 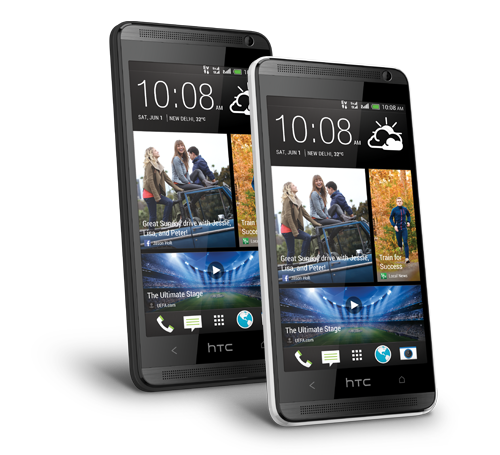 It has 8 GB inbuilt memory, which can be expanded up to 64 GB by using microSD card. The processor is supported by a 1 GB RAM. Also the device offer 25 GB free space in cloud, via Dropbox. The microSIM phone has dual SIM option as an added advantage.

The device sports twin cameras, an 1.6 MP one with BSI sensor is situated at the front portion, while the rear carries an 8 MP one with auto focus and smart flash. It also has BSI sensor and has the capability to record video at 720p. The camera is supported by HTC ImageChip technology.

[advt]The 3G supportive device has Bluetooth 4.0 (with aptX enabled), WiFi, DLNA and NFC3 in its connectivity package. It also has support to GPS/AGPS for navigation. There is a 3.5 mm stereo audio jack and a microUSB port, as standard hardware connectivity options.

HTC had added HTC BoomSound for enhanced audio experience. The Dual frontal stereo speakers with inbuilt amplifiers can produce sound at much better quality. Apart from these amenities, it also has Beats Audio, as a plus.

The 1860 mAh battery produces enough juice for this device. You can buy it Online via Flipkart

Samsung Galaxy S II, the world’s thinnest Android smartphone featuring a 1.2 GHz dual-core SoC Processor launched in India. It has 1GB RAM, 4.3″ WVGA Super AMOLED plus display and 8MP camera with LED flash that can record videos in full HD 1080p. It is available at Rs.32830 in India. […]

Aditi Technologies announced the launch of its much awaited FIFA World Cup 2010 Tracker application for those who want to catch in on all FIFA updates even when they are mobile. The application has already generated a lot of traction with significant number of downloads by Android, BlackBerry and Nokia users. […]