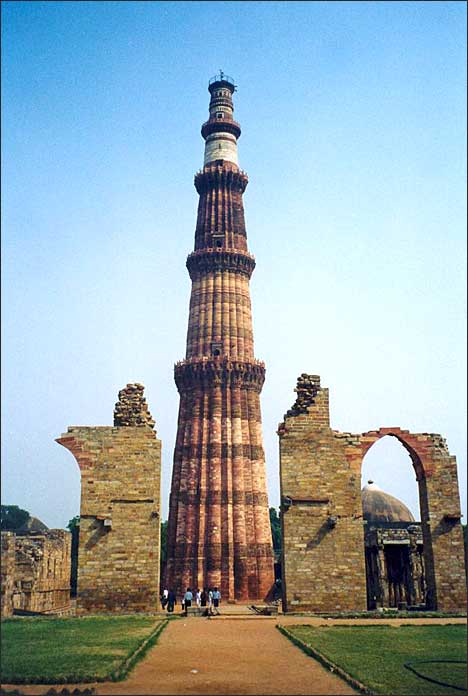 Google’s World Wonders is a Project aimed at bringing life to the wonders of the modern and ancient world from the archaeological areas of Pompeii to the Hiroshima Peace Memorial, by using their Street View technology. Through the site, Google tries to make world heritage sites available to users across the globe.

Street View is a popular feature of Google Maps which allows users to virtually explore and navigate places through panoramic street-level images. Now Google had expanded their initiative to India to put our heritage structures online, in association with the Archaeological Survey of India (ASI) and the Ministry of Culture.

[advt]The created imagery will have a 360-degree view. The project was launched on Thursday at the Qutub Minar lawns in Delhi. The Street View Trekker; a wearable camera with multiple lenses on top was brought to the launch to capture images of the monument from all angles.

Once the data has been collected, it will be made accessible online. Using the same camera, Google has already shot several tourists attractions and UNESCO heritage sites from across the world, including Grand Canyon in the US and Great Barrier Reef of Australia.

Google has been forced to change Gmail to Googlemail in Britain after failing to secure the necessary trademark. It seems Google lost the domain name to a UK company named Independent International Investment Research (IIIR). […]

The Indian Government has asked Internet companies like Facebook and Gooogle to screen contents from India and remove inflammatory or defamatory user content before it goes online. Does it make any for the government to ask for human screening of all messages in social networks? […]