Go Tech, a Delhi based company, has launched a health oriented tablet, named Funtab Fit. This is the third tablet launched by the company in its Funtab series.

It comes with 7-inch display panel with 800×480 resolution, 1GHz processor, 512MB RAM, 32GB expandable memory, VGA camera and runs on Android v4.0.3 (Ice Cream Sandwich). The tablet with a 5-point capacitive touchscreen supports 1080p video playback and various audio and video formats. This device comes with a host of pre-installed health-related apps, along with access for 1,500 books and 7,500 videos for students.

The tablet is equipped with a 3600 mAH battery and also provides 3G and Wi-Fi connectivity. The tablet features USB support and can be used to read Word, Excel, PowerPoint, PDF and TXT files. Other features of Funtab Fit include multiple language support, 3D games and video output via HDMI cable. Funtab Fitat priced at Rs 5,999. 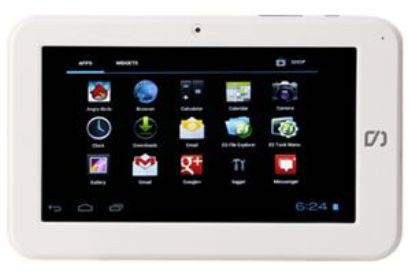 Micromax announced a dual-operating system tablet, named LapTab. This tablet runs both Android 4.2.2 Jelly Bean and Windows 8. However users will have to reboot the tablet to switch between the two Operating Systems. It has a 10.1 inch display with a resolution of 1280 x 800. […]