ExifTool is a command line tool which allows you to view, edit and write metadata in a lengthy list of file types: audio, video, images, documents, archives and more. So the program doesn’t just handle the file formats where you can process metadata already (PDF, MP3 and JPG, say). It can also work with a host of proprietary formats: Adobe InDesign Documents, Visio drawings, many RAW formats, and more. And there’s support for many file types which you may never have thought of as including metadata at all: RAR, WEBM, SWF and more.

[advt]At a minimum, ExifTool will be able to display, edit or write metadata to your chosen files (which can include a complete directory tree for speedy batch processing). But that’s just the start. It can also process files based on their metadata, so for instance you’re able to rename or organise files into directories according to some specified metadata tag. ExifTool can be used to extract thumbnail images from RAW files, very useful if the full-sized image won’t display. And there are plenty of other unusual applications possible, such as geotagging a set of images based on GPS track log files. 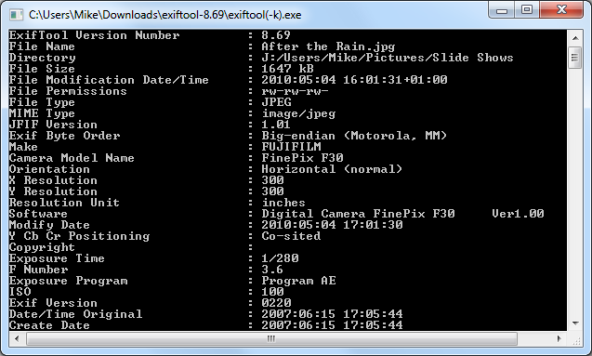 FreeUndelete restores deleted files, including those removed from Windows Recycle Bin. In case of accidental removal of files on a NTFS, FAT32, FAT16 or FAT12 file systems this is the utility to help. The recovered files are saved into a new user-selected location to prevent overwriting. […]