LMMS (Linux Multimedia Studio) is a free cross-platform alternative to commercial programs like FL Studio, which allow you to produce music with your computer. This includes the creation of melodies and beats, the synthesis and mixing of sounds, and arranging of samples, MIDI (Musical Instrument Digital Interface) control system which can power an entire home studio.

LMMS can also connect to the MIDI keyboard, allowing you to play music live. Sounds and tones can be generated, played and artfully arranged to create entire tracks easily, giving you the opportunity to create music from beginning to end. The tools to create the sounds, arrange the sounds and rhythms to create tracks, layer the tracks to create songs, and then save the songs to an output format are all there, ready for you to use. 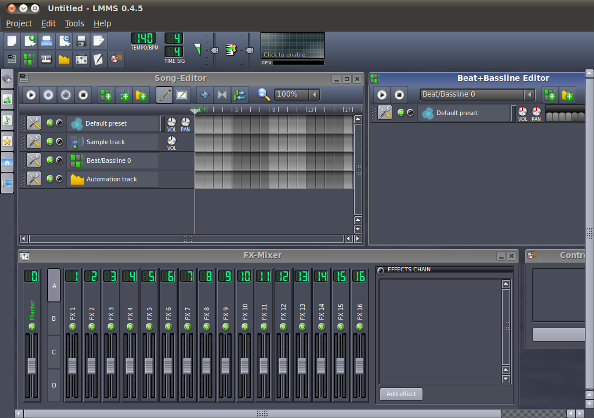 Paint.NET is a PSD plug-in. you make a cheap and effective way to work with psd files without the need to invest in an expensive copy of Adobe’s image editing tool. After downloading plugin, it will be extracted and the .dll file it contains will be copied to the FileTypes folder […]

Download PasteBin – Store Text For a Short Period of Time

PasteBin is a simple application powered by PasteBin.com and is designed to help you create, store and manage your paste’s even if you use a Guest account. With a simple user interface (UI) and easy to use system, you will be creating and managing your paste’s in no time at all. […]