CDBurnerXP is a free application to burn CDs and DVDs, including Blu-Ray and HD-DVDs. It also includes the feature to burn and create ISOs, as well as a multilanguage interface. It does not include adware or similar malicious components. The software is available to download in both 32bit and 64bit variants. 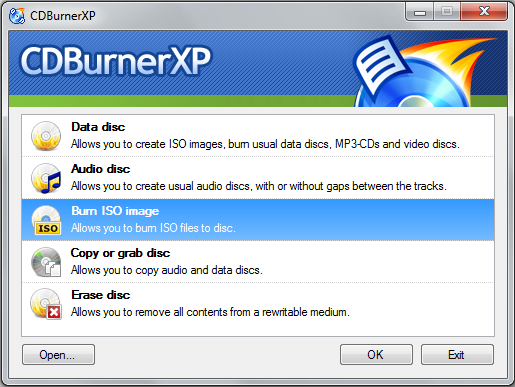 CDBurnerXP is a portable application Download for USB use.

PicPick is user friendly and full of features for creating your image, suitable for software developers, graphic designers and home user. This software is provided as freeware for only personal use. It is an all-in-one program that provides full-featured screen capture tool. […]

Wireshark is a free and open-source packet analyzer. It is used for network troubleshooting, analysis, software and communications protocol development and education. It is cross-platform, using the GTK+ widget toolkit to implement its user interface, and using pcap to capture packets. […]

TrueCrypt is a software system for establishing and maintaining an on-the-fly-encrypted volume. On-the-fly encryption means that data is automatically encrypted or decrypted right before it is loaded or saved, without any user intervention. Free open-source disk encryption software. […]