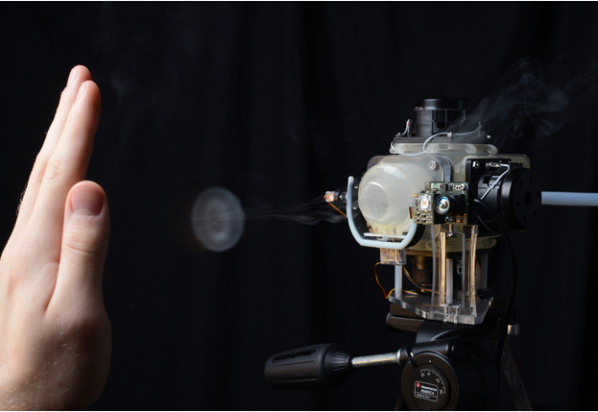 Asian News International [ANI] reported that an Indian researcher named Rajinder Sodhi from the University of Illinois has come up with a device which can create the virtual experiences like touch and feel effectively. The device is named Aireal.

Rajinder Sodhi and Ivan Poupyrev from Disney Research together created Aireal, which is a series of small machines that puff air rings towards the users, with which they may be able to touch and feel objects and textures while engaged in virtual content.

The device has five modules similar to a sound system arrangement, which could be connected to a computer or TV for the effect and it can arranged around the users for more effect.

The machines can track body movements and then it shoots low frequencies of air from an air nozzle to create vortex in the shape of small smoke rings. By pulsing the air bubbles, the machine is capable of mimicking water, wind and other textures.