The Indian start-up Notion Ink has developed a touchscreen tablet PC running the Android OS. It is a “smartpad”, small enough to be carried anywhere and big enough to do anything.

This sleek gizmo is conceptualised and designed in Hyderabad and Bangalore. This smartpad is tentatively named Adam. The device will be displayed in the Las Vegas Consumer Electronics Show scheduled for January 2010. Notion Ink has already files 67 patents for the product in various categories! The product is targeted at both business users and tech-savvy users.

Adam Smartpad Tablet PC is scheduled to be launched in the U.S., European and Indian markets in June next year. Notion Ink promises it will be Rs 15,000. 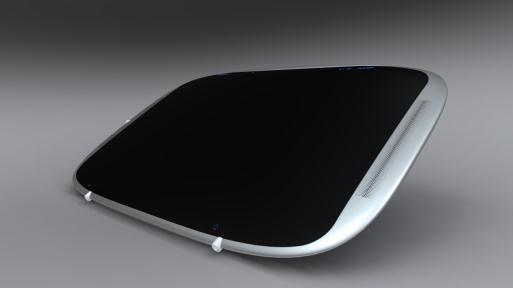 The Adam Smartpad (Tablet) weighs 770 grams, 0.6-inch thick and has 10.1-inch scratch-resistant touch screen. The device comes loaded with features that are likely to impress everyone.

The device will be among the first to feature Pixel Qi display, a low-cost, power-saving screen that can operate in three modes. Besides the LCD mode, it can run in a low-power, basic colour trans-reflective mode and a very low-power, sunlight-readable e-paper mode that mounts no pressure on the eye. It consumes one-tenth of the battery compared with conventional LCDs. The screen comes with fingerprint-resistant oleophobic (oil repelling) and anti-glare coating.

The tablet uses the integral Lithium-ion battery, which will hold good up to 48 hours standby, eight hours of high definition video playback or 16 hours of Internet surfing over WiFi.

The smartpad runs on NVIDIA’s powerful, yet energy-saving, eight-core Tegra system-on-chip, which will drive the system at astonishing speeds while ensuring battery longevity.

The device will almost be entirely manufactured in Taiwan. TPK Touch Solutions (Xiamen) Inc. has been roped in for touch screens, and talks are on with major Original Device Manufacturers (ODMs) for the final product.

It will have three interfaces: the touch screen, an on-screen virtual keyboard and a track pad located behind the screen, allowing users to manoeuvre the cursor from the front or the rear.

Adam comes with rotatable three megapixel camera at the top can effortlessly take pictures or videos within a 180 degree angle.

The developers were assisted by the National Institute of Design (Research and Development campus, Bangalore) in elements of next generation operating system (OS), user interfaces, usability issues and product concepts. For starters, Adam will support gesture control, thanks to the Android user interface.

Notion Ink is talking to telecom providers in India and the U.S. to test the device for connectivity issues on delivery of the first batch of 60 Adams.

Notion Ink decided to use Android because it lets the device take advantage of applications developed by the open-source community. Although Android is not designed specifically for larger devices with large screens, Notion Ink has developed a software wrapper around it to support the Pixel Qi screen. A software development kit for third-party developers is scheduled to be released next year.

The company has decided to develop its own office applications as well as an e-reader for the device, which it will offer free to customers. [source: Hindu]

V-2 is a Dual Band Dual GSM Phone with powerful Battery Back-up. It is a 1.8″ TFT Color Display Phone with Wireless FM Radio, MP3 player and FM Recording. Torch, Mobile Tracker, Hindi language support and a large 1200 mAh battery are the other added features of this phone. V2 also introduces for the first time a TFT screen (1.8â€) in a low end phone. It supports 3.5 mm jack, a first in low end phones which allows you to use your favorite head-phones or to plug in external speakers. The retail price of this phone is not available as of now. […]

X-440 is a Dual Band, Dual GSM, 1.8″ TFT Screen Phone. Multimedia features include VGA Camera, MP3 Player and Video Recorder. External Memory can be expanded upto 8 GB with MicroSD card Support. It also supports Bluetooth and GPRS Connectivity. Mobile Tracker, One Touch torch light and Black list are some of the added advantages of this phone. This retail price of this phone in India is Rs. 2599/- […]