Scribd is a digital platform which allows users to publish their documents of various formats and embed them into a web page. At present, Scribd is the World’s largest digital library where people can publish, discover, and read documents of all kinds.

Scribd already has more than 50 million users and it hosts more than ten million documents in various formats. Scribd converts every document uploaded into it into iPaper format. iPaper is a rich document format similar to PDF built for the web, which allows users to embed documents into a web page.

[advt]iPaper was built with Flash, which enables iPaper viewable across different operating systems  such as Windows, Mac OS and Linux without conversion. All major document types can be formatted into iPaper including docs, ppts, PDFs, odts, XML and PostScript files. 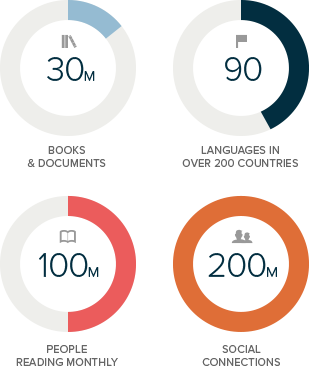 All iPaper documents are hosted on Scribd. User has the provision to make the published documents either private or public. The iPaper  documents can be embedded to any website or blog in their original layout regardless of file format.

iPaper requires Flash cookies to be enabled (default setting in Flash). Scribd had launched its own API for external/third-party applications. They have also launched the implementation of HTML5 at the Web 2.0 Conference in San Francisco on 2010 since they believe that documents are more readable in HTML 5 than in Flash.

Scribd has been dubbed as the potential “YouTube for documents“. Notable users of Scribd include the Red Cross, UNICEF, World Economic Forum, The World Bank, Ford Motor Company, Hewlett Packard and Samsung.

JPdfBookmarks software allows you to create and edit bookmarks on existing pdf files. The program allows to page forward or backward or jump to pages and either right-click or choose a button to assign bookmarks and multiple bookmarks selection. You can change style of bookmarks. […]

Tomahawk is a full-featured word processor for RTF, TXT and other file formats, with built-in PDF export capability. Tomahawk PDF+ is the freeware. Tomahawk is very easy to use, allows documents to be produced and saved in rich text formats, exported as HTML or converted to PDF. […]