Nokia announced the launch of the Nokia 101 and Nokia 100 phones. The Nokia 101 is Nokia’s fifth dual SIM device in the last three months and is the most affordable to date. The dual SIM functionality enables users to connect to two different networks to receive calls and messages.

The Nokia 101 and 100 are low-cost phones based on the Series 30 operating system. The difference between the two is that the Nokia 101 supports dual-SIM and has an MP3 player. Designed with the fact in mind that these phones are often shared between families, they can support up to five separate address books and store personalisation details for up to five different SIM cards.

The display has a grid-based system of icons and there’s an integrated flashlight – a handy addition for most of us, but extremely valuable if you live somewhere where’s there’s only power for a few hours a day. For the same reason, the battery life is extremely good compared to what you might have learned to expect from using a smartphone. These phones can last up to 25 days on standby, or 6.7 hours talktime. 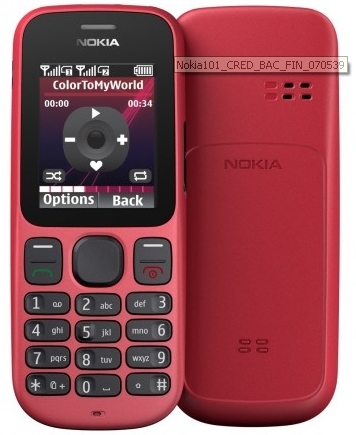 [advt]They come with an FM radio and – on the Nokia 101 – an MP3 player with a headset included in the box. There’s also support for memory cards up to 16GB on the Nokia 101, allowing thousands of songs to be stored. In addition, there are preloaded games and a 3.5mm AV connector so owners can connect the device to better speakers, for example.

Wynncom Y45 is a Dual SIM (GSM+GSM), QWERTY Keypad phone with Hindi Keypad. Multimedia features include 1.3 MP Camera, Video Recording, MP3 Player and Video Player. External Memory can be expanded upto 8 GB. Other features include 3.5 MM Universal Music Jack and 1100 mAh Long Lasting Battery. Wynncom Y45 is Bluetooth with A2DP Profile and PC Sync Enabled Mobile Phone. It supports Social Networking Site such as Facebook. The USP of Wynncom Y45 is Pre-installed Mobile Application developed by www.160by2.com that enables Y45 phone users to send FREE SMS to any Mobile Phone not only in India but also to UAE, Kuwait, Saudi Arabia, Singapore, Malaysia and Philippines. This phone is available in India at a price tag of Rs. 2949 only. […]

GC121 is a 1.5″ CSTN, 65K Color Display Dual Mode (CDMA+GSM) Phone. Music can be enjoyed on MP3 Player and FM Radio with Speaker-Phone. This phone supports a VGA Camera. External Memory can be expanded upto 2 GB with MMC Support. Photo caller ID and Games are the other features of this phone. Retail price is unavailable as of now. […]