Astro lovers are expected to see shooting stars whizzing past in the skies as the Geminid meteor showers will be seen on the night of December 13 and 14, Science Popularisation Association of Communicators and Educators (SPACE) President C B Devgun told PTI. The Geminids are known for producing up to 60 multi-coloured meteors per hour at their peak.

Meteors are startling streaks of light that suddenly appear in the sky when a dust particle from outer space evaporates high in the earth’s atmosphere.

The light phenomenon in the atmosphere is called a “meteor”, while the dust particle is called a “meteoroid”. When the number of meteors is large, it is called a meteor shower or meteor storm. The shower always happen on a particular day or a time period as it is associated usually with comets, Devgun said. More. 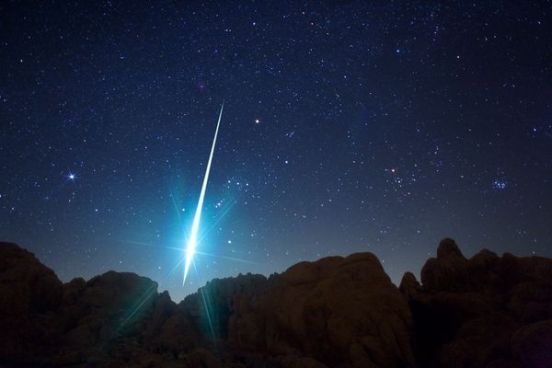