The Bhagavad Gita represents the epitome of the philosophy contained in Sanatana Dharma. In elegant Sanskrit verses, it lays out the path to self-realization. The teachings contained are as relevant and practical in today’s world as they were thousands of years ago when they were revealed during the battle of Kurukshetra.

This application aims to provide a quick pocket reference and memorization-aid for the verses of the Bhagavad Gita. 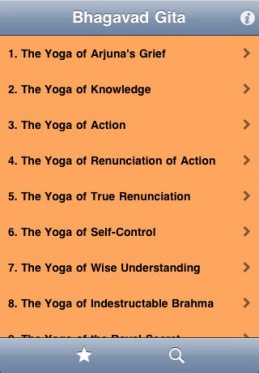 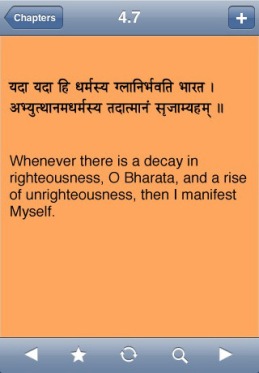 Fring which is a Mobile VoIP based internet telephony service launched free, mobile Group Video Calls for Android and iPhone users as a beta version. fring-feature lets 4 friends video call each other simultaneously, making it a mobile video calling party of sorts. […]